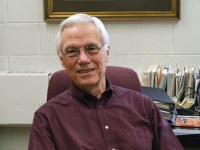 Dean Snow is a North American archaeologist who grew up on the southern Minnesota prairie and received his BA degree at the University of Minnesota in 1962. He gained field experience in the Midwest and Alaska there at at his graduate university, the University of Oregon. He earned a PhD there in 1964. His doctoral dissertation was based on research carried out in highland Mexico.

Snow began his research and teaching career at the University of Maine, and established the first university-based archaeological research program in that state. He moved to the University at Albany in 1969 and remained there for 26 years. The U. S. Bicentennial celebrations drew him into historical archaeology, which involved innovative and revealing excavations on the key 1777 battleground site at Saratoga, New York.

In 1982 he undertook a large multi-year project on Iroquois archaeology in New York’s Mohawk Valley, which led to new understandings of American Indian paleodemography, particularly the size of the aboriginal populations in 1492 and the ways in which epidemics later reduced them. This in turn led to multidisciplinary study of human migrations through archaeology and related disciplines.

More recently Snow has developed techniques for distinguishing male from female handprints at rock art sites found around the world. Development of the techniques has focused on examples in the Upper Paleolithic caves of France and Spain, but this research is also being taken up by others in North America and elsewhere.

Dean Snow won election to the presidency of the Society for American Archaeology and served 2007-2009. Working with PSU colleagues in archaeology and information technology he is using his standing in the discipline to lead the development of new “cybertools” designed to make archaeological finds and publications more accessible to scholars, students, and the general public. His most recent book, Archaeology of Native North America, is the first truly continental synthesis of North American archaeology in forty years.